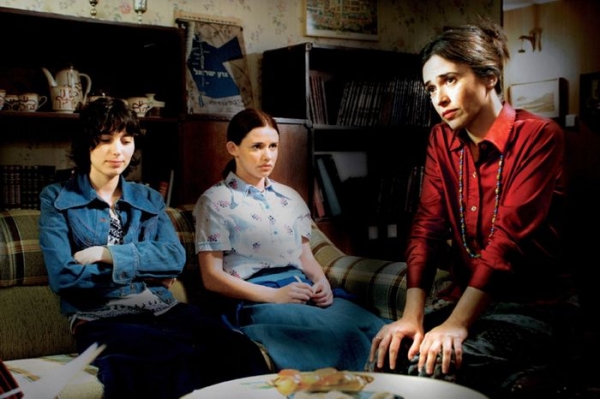 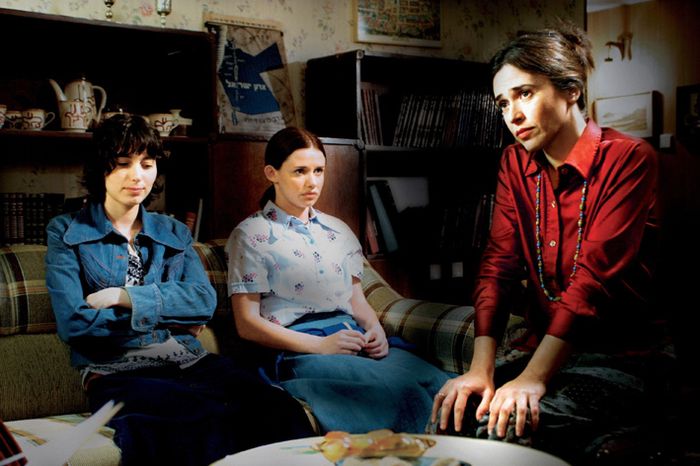 1981. Rachel Gerlik, a 42 years-old widow, mother of the beautiful Esti and Tami wants to join a new religious settlement in the West Bank. But the acceptance committee won’t accept her unless she remarries and proves that she and her daughters can meet the group’s religious and ideological standards. When Tami, her youngest daughter, is accused of seducing some boys from her youth movement, Rachel is forced to weigh her alliances. Only Yossi, the new man in Rachel’life can show her that living as an outcast is not bad as seems “ Campfire ” is the story of women who must fight to be accepted. Rachel has been rejected because she is a widow, a situation she obviously is not responsible for, and Tami is a victim but people point at her.

The film is both deeply rooted in Israel in the early 80ies at the time of the Jewish colony’s settlement, and it is also quite universal in portraying adolescents, looking like most of other adolescents in the world, and Yossi, the tender bachelor by default.

More in this category: « Chronicle of a Disappearance Story Undone »
back to top