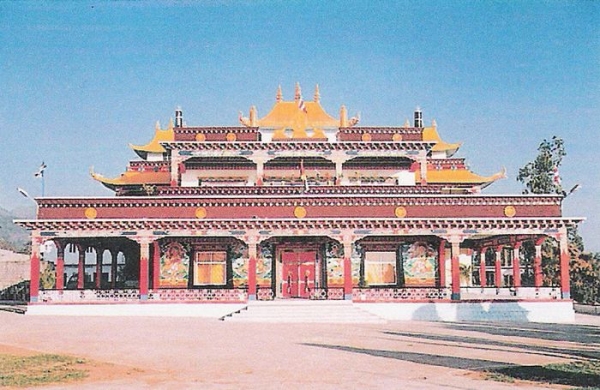 Mars 2003. The sun is setting over a Tibetan Buddhist temple, on top of a hill in South India. Hundreds of people are celebrating the 10th anniversary of this magnificent temple with colourful decorations. This is the story of the incredible humanitarian task undertaken by young monk Dzogchen Rinpoche, entrusted with a mission by the Dalaï Lama. The community of 6000 Tibetan refugees in south India is facing a human catastrophe. Dzogchen Rinpoche turns this desperate situation into a joyful life. Later, he opens his monastery to the westerners. This is the beginning of a incredible cultural exchange: ancient knowledge and new technologies, two worlds able to help each other by sharing their treasure.

Nowadays, Dzogchen Rinpoche fights for maintaining Tibetan culture alive. He introduces us to the arts of his country. His action proves it is possible to keep thousands years old traditions alive in the modern world.

More in this category: « Jilemo Leyla Zana, a Cry from Jail »
back to top