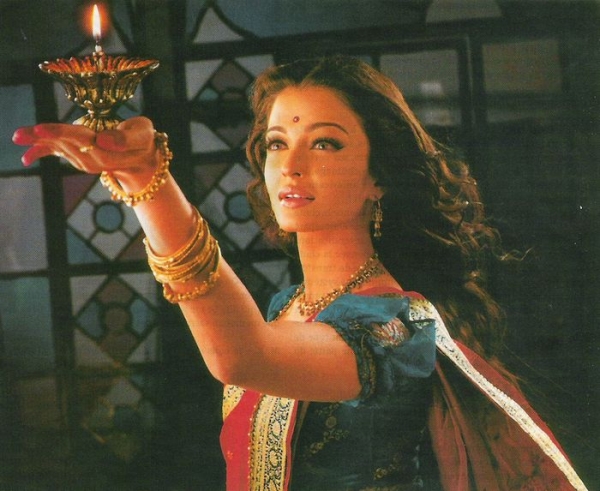 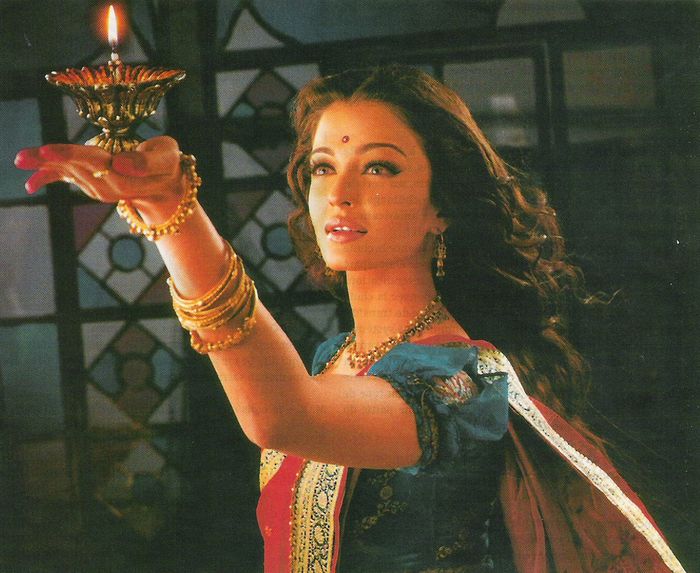 Devdas is the son of Narayan Mukherjee, a rich landowner. He has been in love with Parvati, whose nick name is Paro, since their childhood. When Devdas is sent to London for his studies, they remain separated for ten long years. Devdas comes back to Tal Sonapur, his village, hoping life will start again as before. He has forgotten how cast system and class difference have such power in India, at the turn of twentieth century. Paro is married off to a rich nobleman, much older than her. Shuttered, Devdas seeks refuge in alcohol and in the presence of a courtesan whose beauty is famous. Torn between a woman he keeps loving and another woman he cannot love, Devdas’ hope for happiness is forever gone.

Every one in India knows this love story from Sarat Chandra Chappopadyay ‘s novel published in 1917 and ever since adapted in 7 films. This film brought Bollywood to Cannes for the first time in 2002. This huge production, glamorous melodrama, is far from the Indian art films. Let us be carried by the flow of dance and sets, costumes and lights, and by the outstanding beauty of two Indian stars: Aishwarya Rai, Miss World 1994, and Madhuri Dixit.

More in this category: « Mute Coolness The Well »
back to top