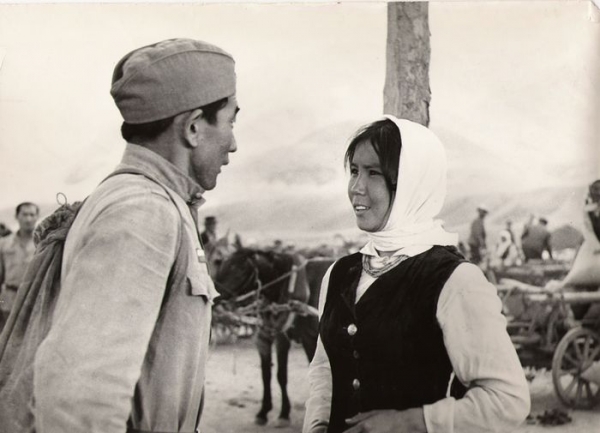 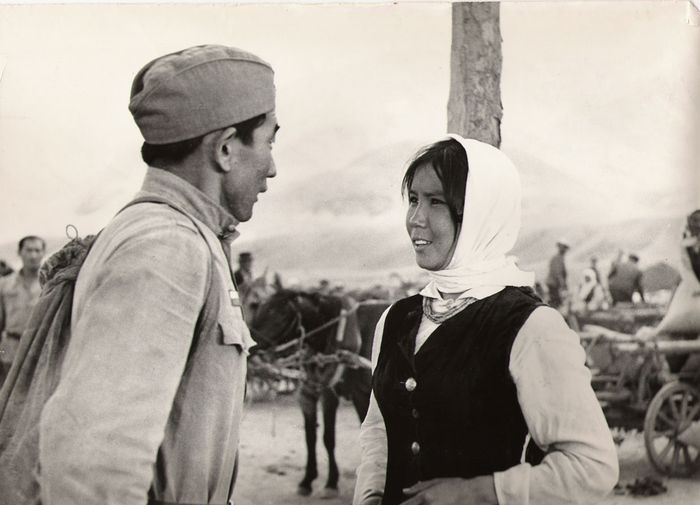 Men of the village are fighting in the war and the transport of wheat up to the railway station has to be done by women, among whom young Djamilia. Sadik, her husband, is also fighting in the war, but Seit, his younger brother, helps her to do harsh work. Djamilia’s wedding was not a love marriage, it was according to local traditions and was celebrated just before the war started. Djamilia’s husband is missing in action. Daniar is a soldier coming from the front, he has been demobilised due to his serious injuries. He soon becomes Seit’s friend and gets closer to Djamilia till the day she receives a letter informing her that her husband has been found, that he is in a hospital and will soon come back. Daniar is pain stricken. The young woman is brave enough to leave everything behind her, in order to stay with the man she loves. Little Seit sadly looks at them going way.

Jamilya is the adaptation of a short story by Tchinguiz Aitmatov. Louis Aragon translated it and said "this is the most beautiful love story in the world". The lead role is played by Natalia Arinbassarova who was Altyna in The First Master by Konchalovski. We also discover Souimenkoul Tchokmorov one of the stars of Kyrgyz and Central Asia cinema.

More in this category: « The Saltmen of Tibet Silent Waters »
back to top