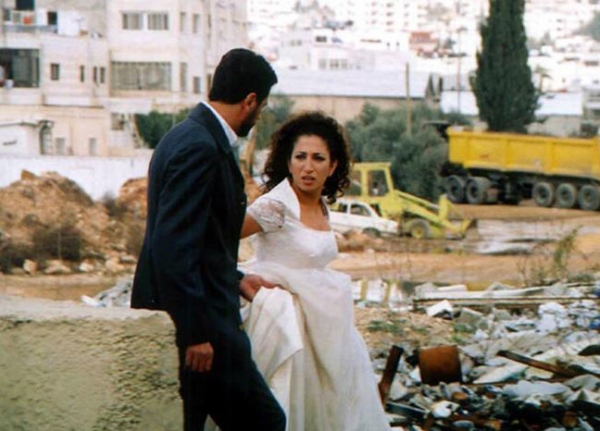 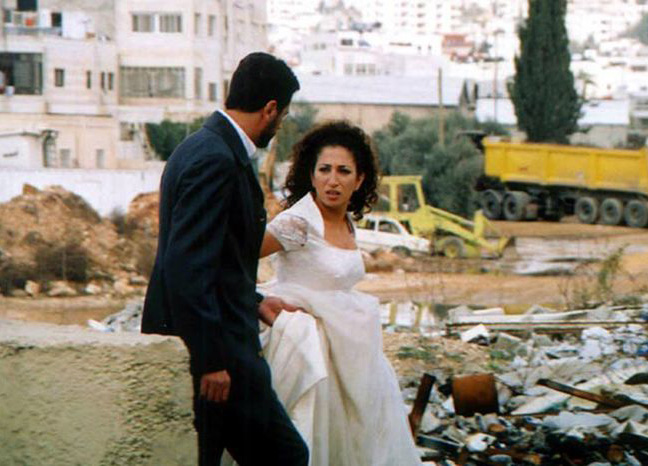 November 2001. Rana’s father, a Palestinian business man, has to catch a flight for Egypt, at 4 PM. He intends to take his daughter along with him if she refuses to marry one of the men he listed for her. Rana is in love with Khalil, a stage director. She has to find him and convince a lawyer to marry them, before presenting her father with a fait accompli. We follow Rana driving her yellow beetle from Jerusalem to Ramallah and share her daily life with moments of burlesque comedy : roadblocks, burials, children of the Intifada ... how difficult it is to be a Palestinian in Jerusalem. A good sense of humour does not lessen the drama lived by people at every moment. Rana’s love for Khalil transcends the harsh reality of daily life.

“When the aberration of roadblocks and the occupation become a daily life reality, simple concepts as love and wedding become a fiction. This is the reality of life in Palestine today, and I wanted to put it to the test through cinema” Hany Abu-Assad.

More in this category: « Ningen Good Men, Good Women »
back to top