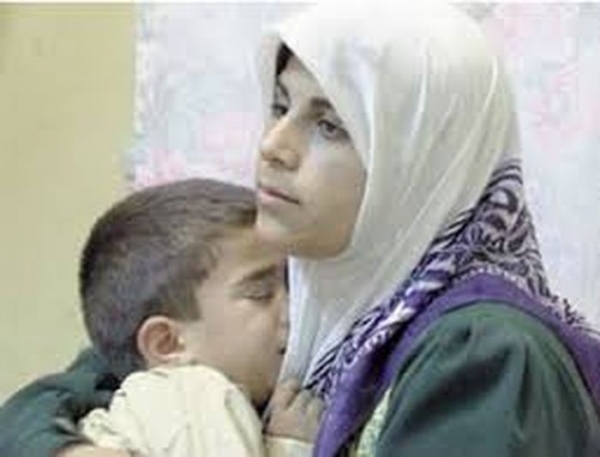 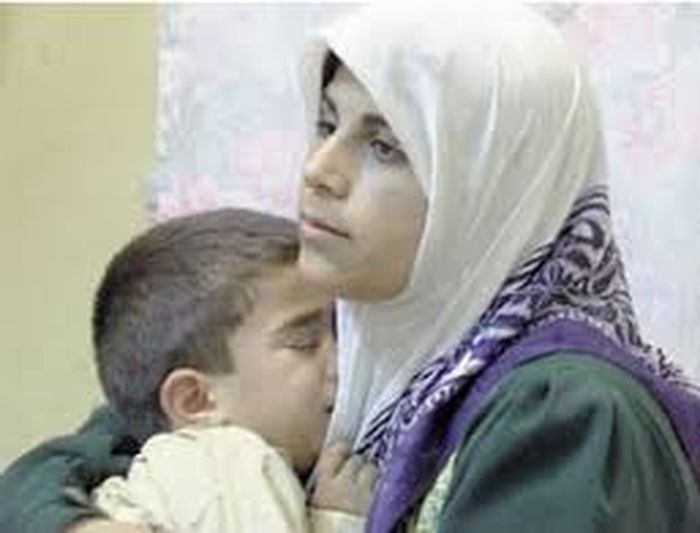 by Anat Even, Ada Ushpiz

Najwa, Nawal and Siham, three Palestinian widows, live with their 11 children in a house on Shuhada Street in Hebron. Their house lies on the border ; the façade is under Israeli occupation, the Palestinian authority controls the back. At the entrance to the house a military post, on the roof the Israeli army has placed a watch point over Palestinian Hebron. Three women, trapped in the middle, constantly surrounded by Israeli soldiers, carry on their difficult lives in a perverse situation : the occupation becomes a routine, the absurd becomes a fact. This is the story of an occupation that extends to the staircase and the roof of the house, where it encounters poverty, loneliness, pain, but also the small joys of everyday life. This is an internal prison, the external one is ongoing occupation.

" As Israeli Women directors, tired of the cumulative effects of oppression in the occupied territories in our own society, we wished to present the arbitrariness of the occupation as seen via the barred windows of an occupied house, in order to show the thin line between a smile and a gun shot."

More in this category: « Frontiers of Dreams and Fears My Brother Silk Road »
back to top