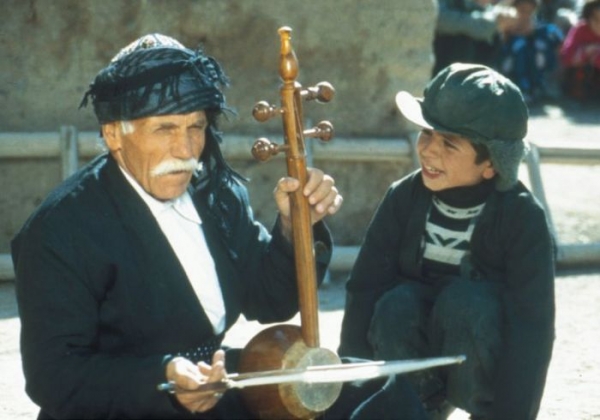 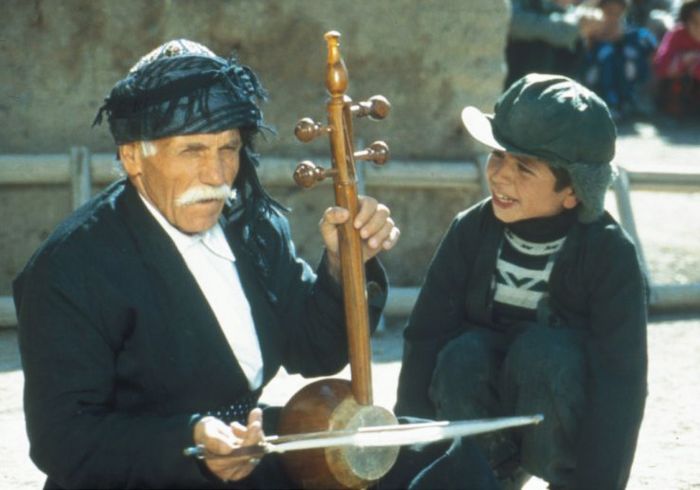 During the months following the Iran-Iraq war, while the Kurdish villages are continuously bombed by the Iraqi airforce, Mirza, an Iranian-Kurdish singer, is driving a sidecar with his two sons, Audeh and Barat. He is searching for Hanareh, his wife who has disappeared. She was a famous Kurdish singer. In their search, they witness horror in different forms: villages razed to the ground, huge mass grave, women disfigured by chemical weapons, orphans in camps, the unbearable reality of the Kurdish genocide. Life goes on, at times with a sense of humour when the old father and his two sons are put in comic situations, or when a song defies the bombs. In an open air classroom, a school master teaches the pupils about planes while, above them, bombers are crossing the sky.

Songs from my mother's land or A Marooned in Iraq is the second film directed by Bahman Ghobadi who had been awarded the Golden Camera in Cannes 2000 for his film A time for drunken Horses. Poetry, humour and music are the most efficient ways here to counteract what is unspeakable and, within the space of a few frames, make us share the tragedy of a whole people..

More in this category: « Fly Up A Hundred Voices for a Cause »
back to top