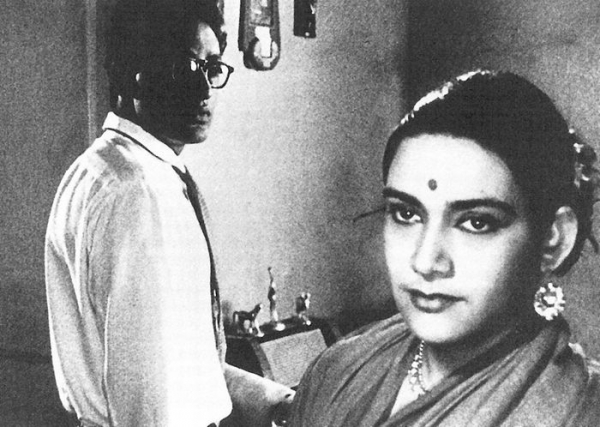 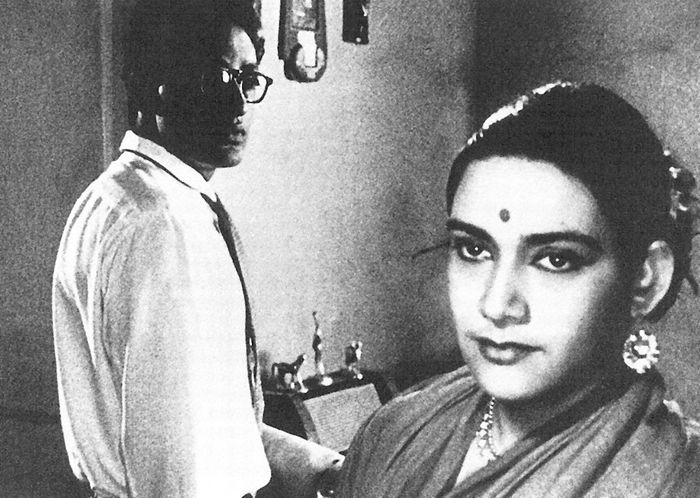 Script: Ritwik Ghatak after a story by Shaktipada Rajguru

Calcutta, late fifties, after the Partition. Neeta, the eldest sister of a refugee family, has to work to provide for everyone at home. Geeta, her younger sister embodying sensuousness, soon seduces and conquers Sanat, Neeta's fiancé. Shankar, the elder brother is dedicated to classical singing. Creative, as well as destructive forces drive the members of the family and this dualism is particularly reflected in the women. The creation-destruction antagonism is also depicted on a more abstract level: Shankar's music carrying evocation of the fertility of nature and Neeta's almost supernatural force on the threshold of agony, are answering the omnipresent financial hardship back.

Archetypes, collective unconscious and the Mother Goddess, are the thread in Ritwik Ghatak's last films. He uses the form of melodrama in a unique, unrivalled way in western or Indian cinema..

More in this category: « The Tale of the Three Lost Jewels Moving Forest »
back to top