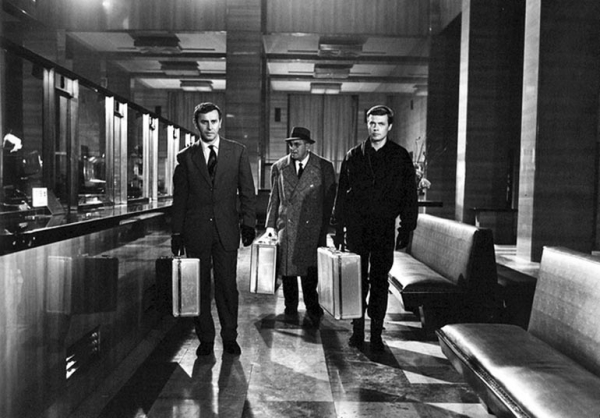 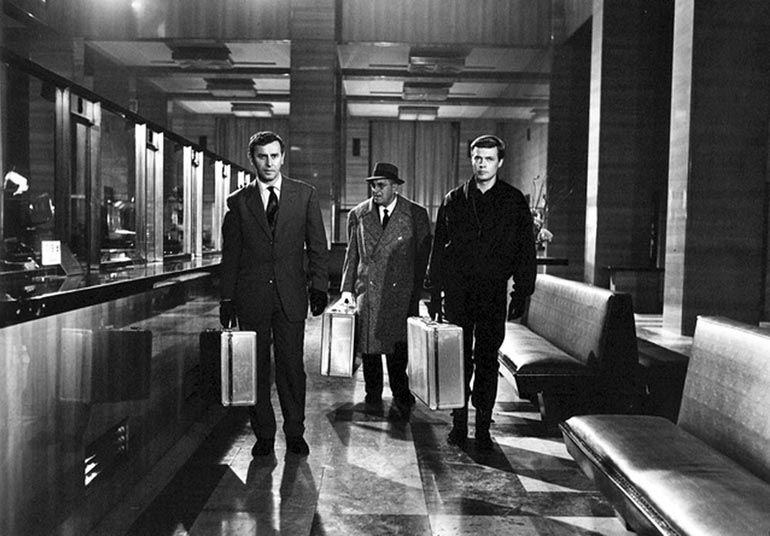 ‘The Titan’, the world most famous diamond, is in a safety box of one of the safest strong room from Tokyo Bank, a real impregnable cita- del. Van Hekkin has decided to take it; he gathers a small group of adventurers from Europe and an engineer from Paris. With the help from a Japanese bar hostess they gather all information about the bank security system. Everything seems possible when Riquet, one of Van Hekkin’s hired men, is murdered by Japanese gangsters who do not want any rival in Tokyo underworld. Former career soldier Merson agrees to replace his friend who saved his life during the Korea War. With a feeling of hatred and a gun in the hand, he leads the merciless war of the gangs and he tries to pull it off with a hallucinating and audacious hold-up.
This thriller reaching the height of suspense takes a tragic turn! As brutal as a gunshot and as passionate as love at first sight!

More in this category: « Chokher Bali The Deliverance »
back to top