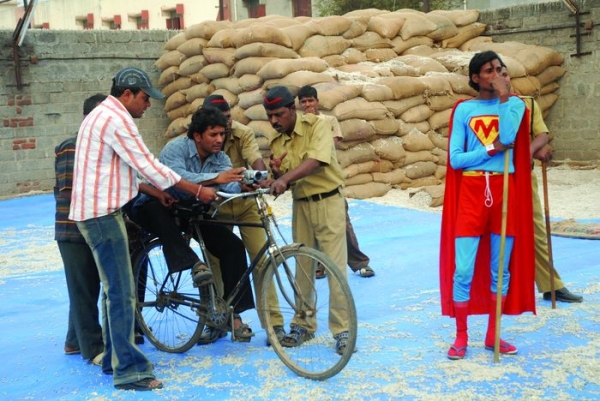 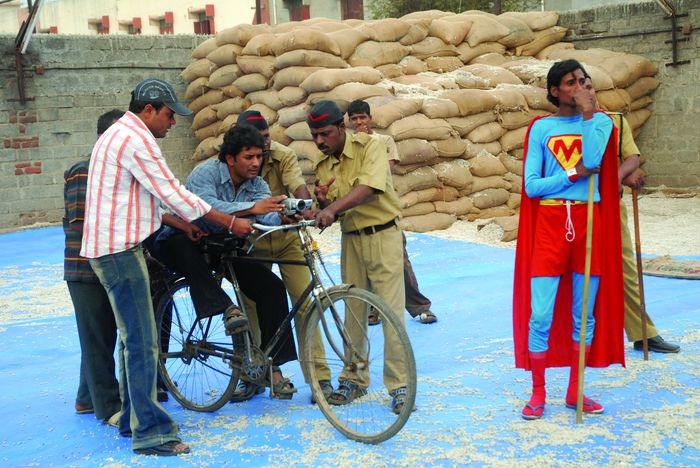 Malegaon, a small town tucked away near the heart of India geographically, is fraught with communal tension and under severe economic depression. To escape the harsh reality of their world, its people seek refuge in the fantastical world of cinema.This passion for cinema has spurred a group of cinema enthusiasts to make their own films: quirky, low budget, socially aware and notoriously funny spoofs of Bollywood films. Their ambition has grown and now they are ready to take on Hollywood and Superman. We follow them on this journey. At times funny, tragic, contemplative. Always warm and engaging. And as Malegaon ka Superman begins to take shape, through schemes and approaches that are ingenious, bizarre and purely hysterical, we also slowly discover Malegaon itself: a microcosm that embodies and reflects the complexities of modern India. Where the modern and the traditional rub shoulders, where extreme poverty and extreme wealth are neighbours, bewildering in its diversity, trapped in self-made des tinies, with a spirit that can never be vanquished.

More in this category: « Effort for Love Tours d'exil »
back to top