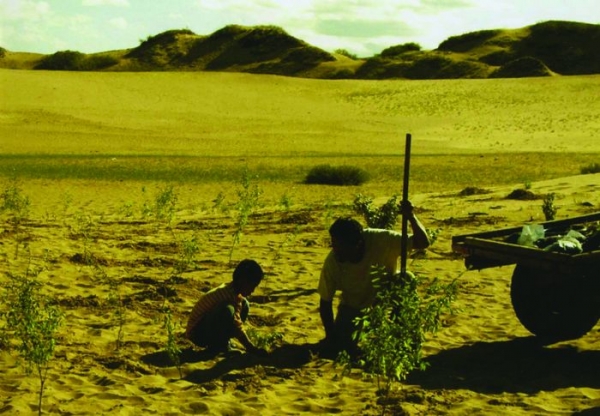 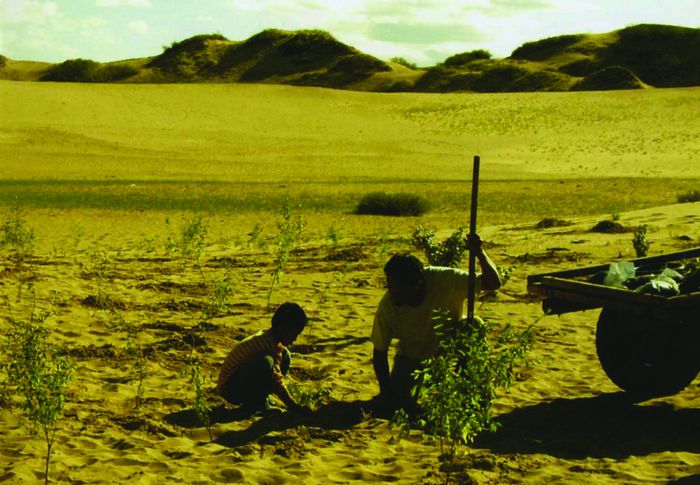 A small village in a desert area on the border of Mongolia and China. People have left the village after years of struggling against the encroachment of the desert on their land. Some of the few remaining in the area keep planting tree seedlings with their leader, Hungai. Village people continue to leave the village. Even Hungai’s wife ends up in leaving due to their daughter illness. As Hungain drinks in despair and pain, Korean refugee Choi Soon-hee knocks at his door with her son, Chang Ho. Now there remains only these three in the desert who have to depend one another to overcome the hostile environment. The three get to know each other even though they don’t speak the same language. And Jorick, a young tank soldier from nearby Mongolian armored troops, becomes friends with Chang Ho as he fre quents the village. How to survive in an environment which became hostile because of man’s fault and try to restore life to nature once dispossessed.

More in this category: « The Burnt Theatre Mongolian Ping Pong »
back to top