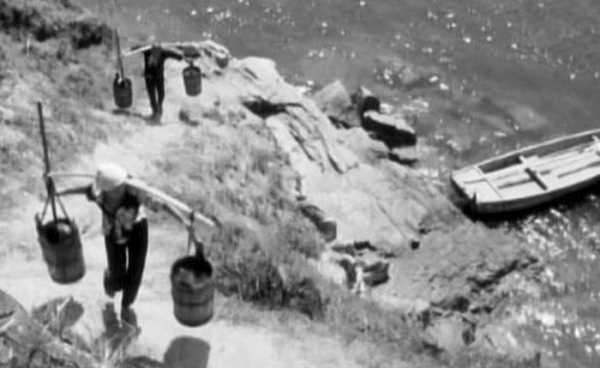 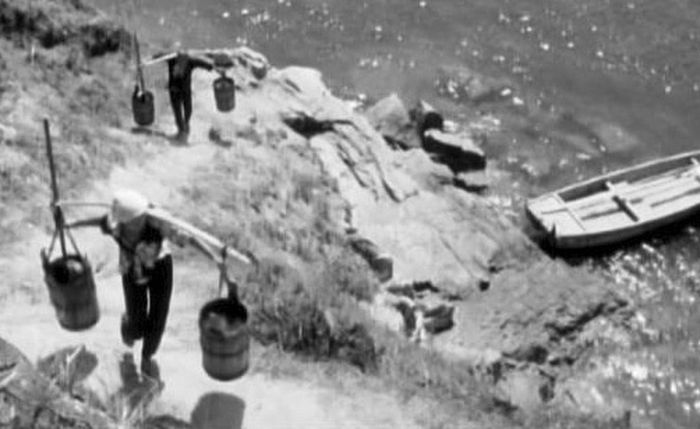 On an almost desert island of the Setonaikai archipelago, in the southwestern part of Japan, a whole family relentlessly grows grass and vegetables. The hardship of their work is mainly due to the lack of water which needs to be fetched from a nearby island, and to endless efforts to irrigate the land. The elder of the two children goes to school. Their life is simple, with the same daily gestures for carrying water and working the land. With almost no dialogues, this black and white film, whose exceptional visual beauty makes daily life flow at the pace of Hikaru Hayashi’s musical theme, is bound to enthral the audience. “I wanted to make a visually very creative film, to tell a story though images; a story where every view would express a feeling of happi ness or sadness in a natural setting.” Kaneto Shindo Man facing a hostile nature which needs to be overcome!

More in this category: « Journey on the Clock-Hand A River Called Titas »
back to top