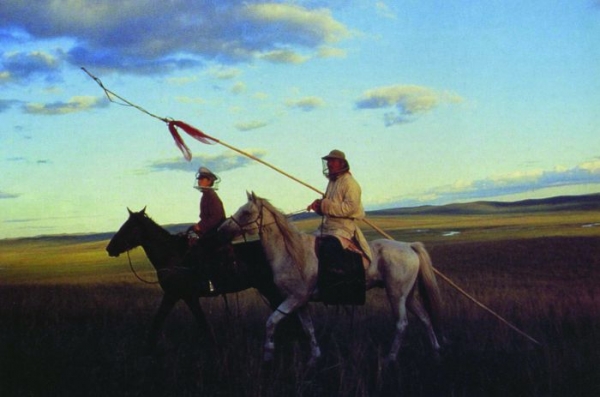 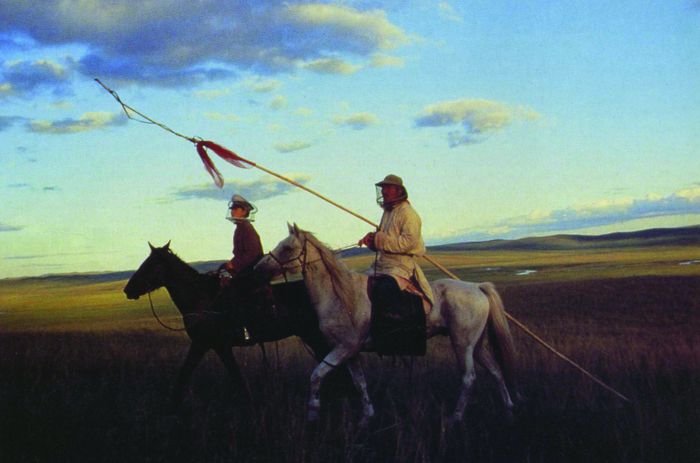 Gombo is a young Mongol cattle breeder who lives with his wife Pagma, his children Bourma and Bouin, and with Babouchka, the grand-mother. They share their life in a yurt, in the middle of the steppe and in perfect harmony with nature. Only Baiartou, his somehow fanciful uncle, comes to visit them from time to time. When Gombo puts his ‘urga’, visitors know they should not disturb the cou ple in their privacy. One day, he welcomes Sergei, a Russian driver, whose truck broke down in the area. A peculiar friendship starts between the two men who are worlds apart. They leave for the city together to buy condoms and a TV set… Urga, the pole lasso used to gather the cattle around a yurt, is also the name of the ancient capital of the Mongol Empire. It is a symbol of tradition and nomadic life. Urga, which was awarded the Gold Lion at Venice festival in 1991, takes us into the vast Mongol lands with magnificent images and invites us to share the last moments of a world where man seemed to live in full harmony with a nature he respected and loved.

More in this category: « Karakum, 45 Degrees in the Shade Oultougan »
back to top