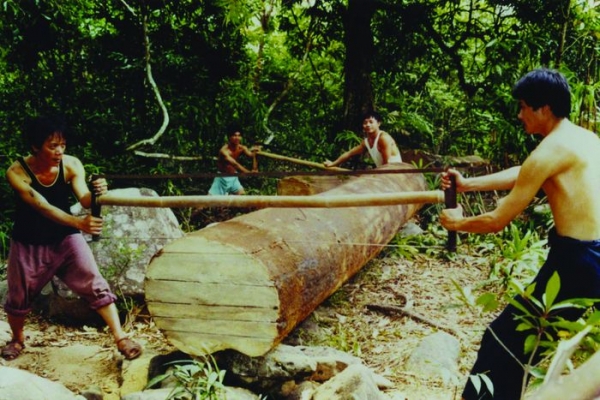 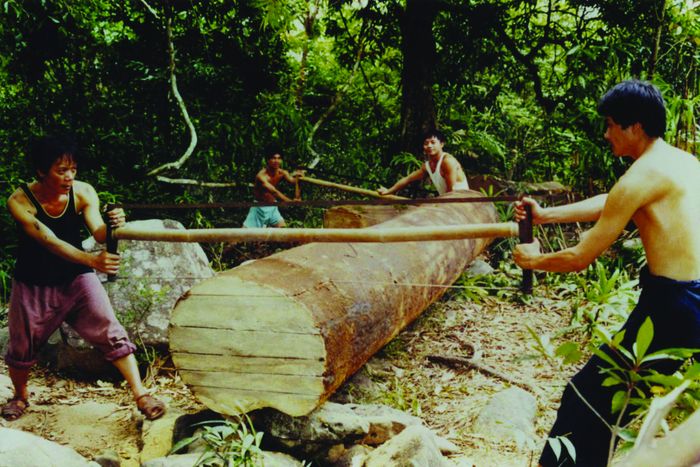 Illiterate Buong steals dogs to cook them in the restaurant he owns. The villagers chase him away. He leaves with Ngoc, his nephew who graduated from university, and a few family members. They reach the jungle where Thuyet, a mean and brutal trafficker, employs them as wood cutters. Thuyet’s daughter feels for Ngoc, which annoys lout Buong.

In this film, Vuong Duc explores work as well as nature and creates a crescendo of a tensed, even oppressive climate where harsh realistic sequences are followed by sentimental scenes.

« I wanted to throw the audience into the reality of the tropical jungle in central Vietnam where wild animals and venomous snakes may suddenly appear at every step, where a quiet stream may suddenly engulf you, where the climate, the atmosphere, the flowers seem to remind us of our own wilderness, hence making every man a dangerous person for the others. In a civilised society, nothing is more ferocious and more horrible than the law of the jungle…» Vuong Duc.

More in this category: « Homeless in Japan Yasmine's Way »
back to top