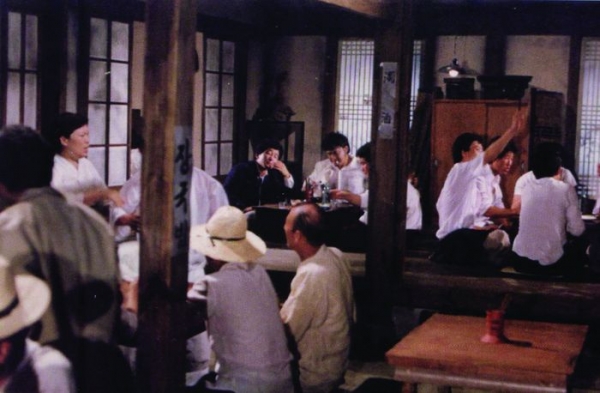 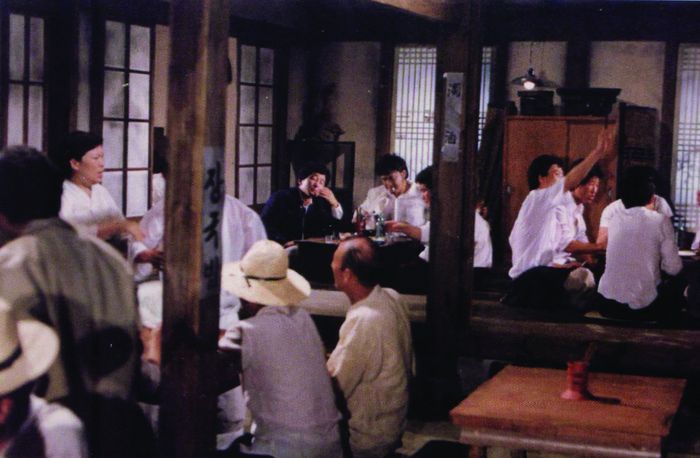 The Korean War has started. On June 25th 1950, little Tongman’s maternal grand-mother comes to live with him in the countryside. She very often mentions how her son died fighting the communists whom she would like to see all dead. Tongman’s paternal grand-mother does not like the other grand-mother’s vehement words since her own son chose to join the communist side. The two grand-mothers do not bear each other and Tongman’s preference for his maternal grand-mother worsens the deep-seated malaise. One day, Tongman reveals the presence of his guerilla uncle at home, which causes the imprisonment and torture of his father. His paternal grand-mother now hates him. The guerilla is finally shot down, but the grand-mother refuses to believe her son is dead since a soothsayer predicted the day and time of his return. When that day comes, a big snake appears.
Rainy Days is the adaptation of Yoon Heung-gil’s novelette. In the background of this family conflict is the Korean War with its consequences which are those of any civil war.

More in this category: « The Polluted One Zhou Xiaowen »
back to top