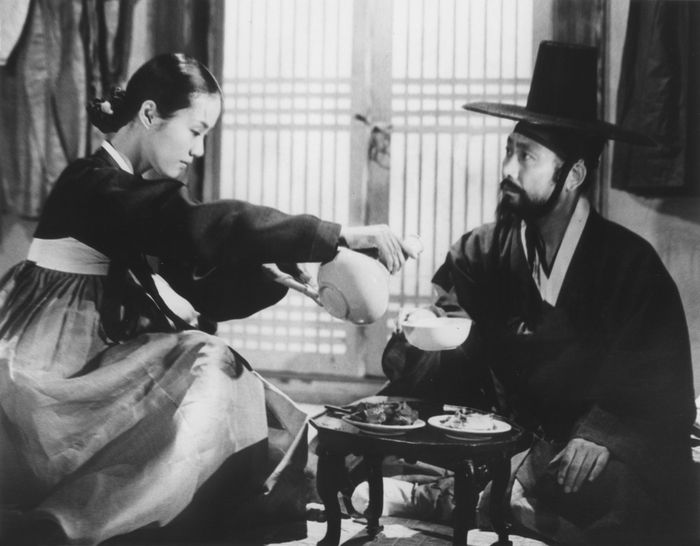 During the first century under the Yi dynasty, beautiful and bright Hwang-Chini born in a great family is admired by many suitors. Tôpko the cobbler steals her shoes to draw her attention. He is found out, punished and commits suicide. His burial happens on the same day of Chini’s wedding. She covers his coffin with her clothes. Shuttered by this tragic event, she gives up honor and wealth and becomes a "kisaeng". Newly named Myong-wol (Bright moon) she is adulated by many suitors. She is love with one of them, Kyong-dok, but he abandons her to go to Seoul and though he promised her to come back, he does not. Chini decides then to leave to discover the world. She meets a noble man ruined and condemned for a political business. Both of them wander and live a miserable life. Chini falls sick. Yi-saeng who does not bear hunger any more even considers selling her to an itinerant troupe. Once more, Chini is abandoned by a man.
Bae Chang-ho is one of the major directors of the eighties.

More in this category: « Soul of a Demon Mulberry »
back to top