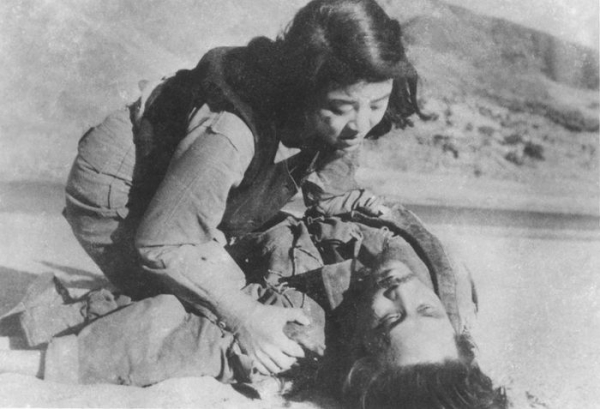 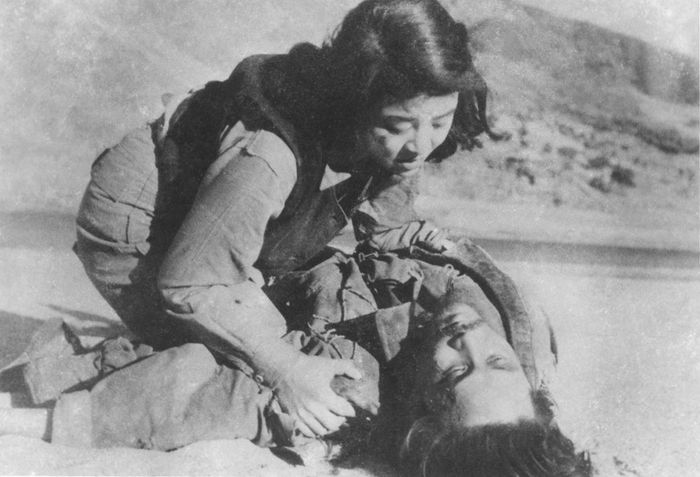 During the Korean War in the Gi-Liun Mountains, a guerilla battalion from the North commanded by Captain Agari goes down to the valley to get fresh supplies. Anyone refusing to help them is considered antirevolutionary and coldly shot down. Men from various origins have gathered around Captain Agari: Kim Cholsu is a communist intellectual trusted by nobody, Haeran is Agari ‘s trustworthy man, Mansu is uncouth and violent and Iltong is an enthusiastic and determined young man. Soju, a young woman belonging to another partisan group, comes to warn Agari about a danger. Wounded and weak, she is raped and murdered by Mansu who does not hesitate to kill his comrades who witnessed the scene. The relationships within the troop deteriorate and they scatter to escape their pursuers.
Piagol is one of the rare films depicting the daily life of soldiers from the North. The film was produced two years after the end of the war. It is a violent film both anticommunist and propagandist.

More in this category: « Service Little Coolie »
back to top