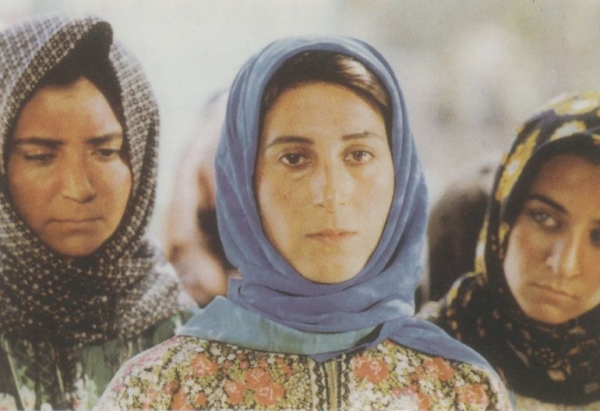 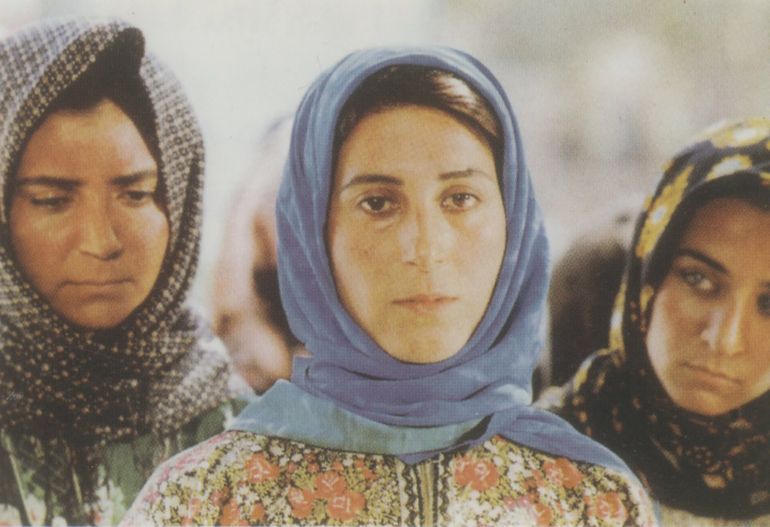 Rashul Ralmani embodies the perfect example of a dynamic man in his sixties. He owns a flourishing market garden and is appreciated by his employées, well known to him and kindly treated. He has been a widower for years and ilnds it difficult to bear loneliness, as well as the excessive concern expressed by his two elder daughters. His younger daughter is the only one to bring him happiness, but she lives far away. Rashul finds out that one of his employées, a recent recruit, lives in a total poverty. She wears a blue scarf. She is supporting her drug-addicted mother and her younger brothers and sisters. Nobar's mother and brother are arrested on the charge of being involved in drug trafficking. Rashul pays the bail for her brother to be released and asks his foreman to find her a decent suitor. Day after day, the bonds between the boss and his employee become stronger. They finally admit their mutual feelings, but their love cannot corne to light. Rashul's daughters are on their guard, obsessively watching over conventions and their inheritance.

More in this category: « Mariam Wuthering Heights »
back to top