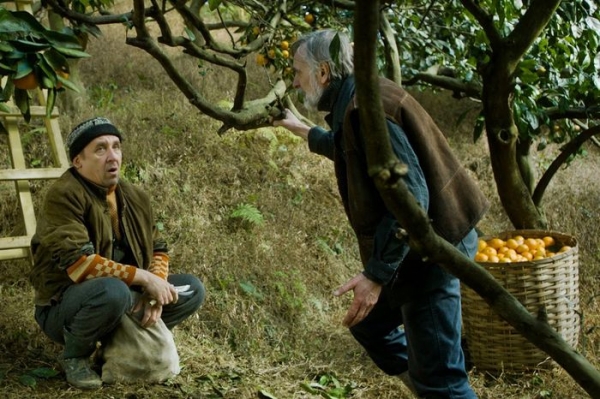 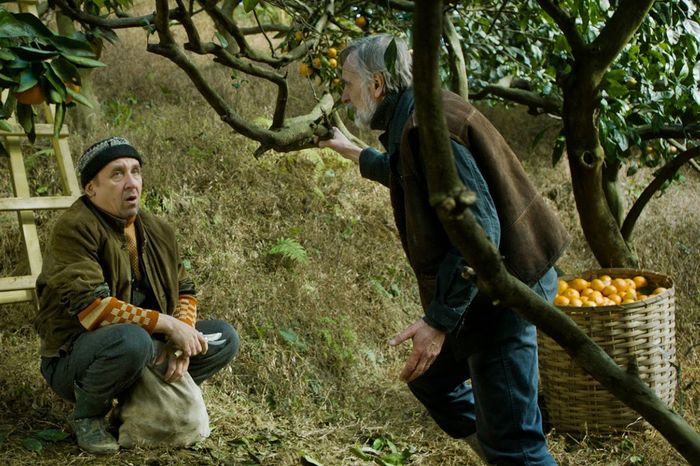 In 1992 the war rages in Abkhazia. The only inhabitants of a village are Ivo, an old man, and Markus, a mandarin vendor who refuses to leave his plantation when fruits are almost ripe. Both men are of Estonian extraction.  The armed conflict is getting closer; however Ivo decides to help wounded Caucasian Akhmed and hides him at his place. Markus also discovers a wounded Georgian left for dead on the battlefield. He also takes him to Ivo’s place. Two combatants from opposing camps are now under the same roof.
“The 1990ies were particularly painful for Georgia. In a constant chaos everyone only tried to survive. I just wanted my film to focus on the difficulty of behaving in a noble way and keeping a human face in such circumstances. The tangerines are a symbol of life and their color is particularly visible in a grayish environment created by conflicts.” Zaza Urushadze

More in this category: « The Cat Returns The Milky Way »
back to top