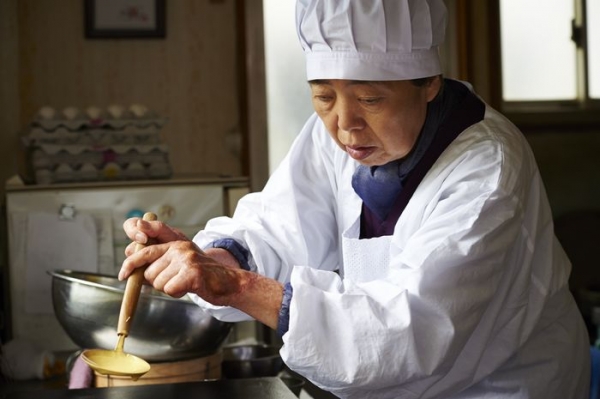 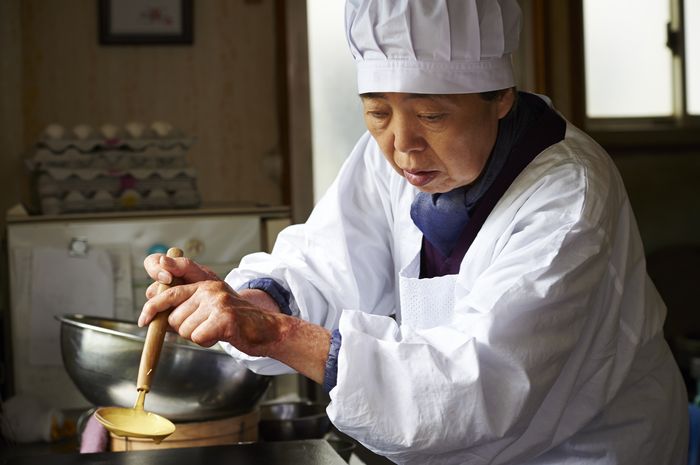 Dorayaki is a type of traditional Japanese confection, which consists of two small pancake-like patties wrapped around a filling of sweet Azuki red bean paste, “An”.
70 years old Tokue tries to convince Dorayaki-seller Sentaro to employ her. Her unique talent of making the pastries appeals very quickly to the many customers…
The story of Sweet Bean takes principally place in Tokyo. Despite the urban environment, the flourishing trees enhance the nature’s protective power. Food is another good virtue and becomes central to the movie. Naomi Kawase quotes: “A recipe can change a person’s life. Eating can ease a person’s mind and it makes me happy. Nobody gets ever angry while having good food.” Kawase Naomi

More in this category: « Kamome Diner Swan Lake »
back to top