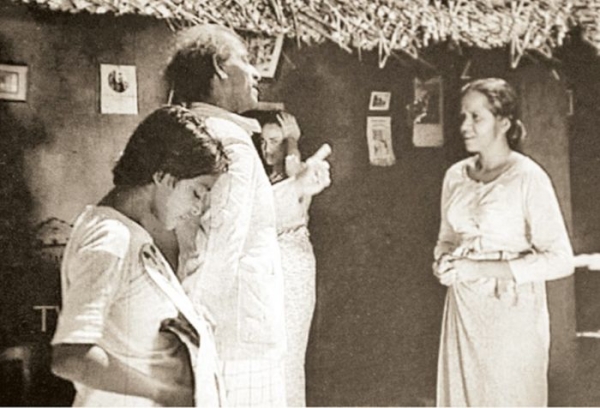 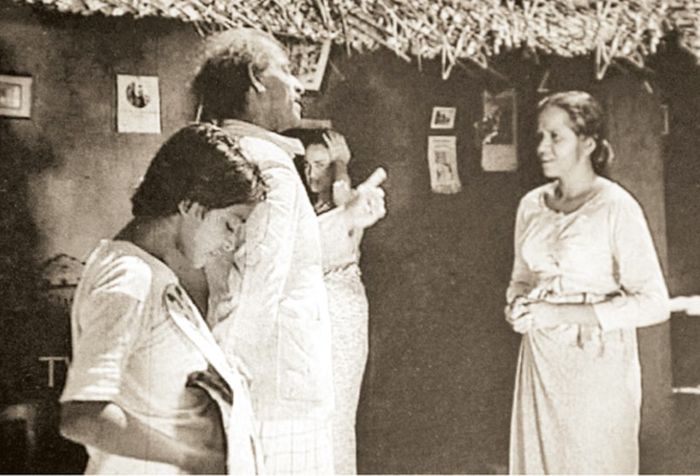 With kind support of National Film Corporation of Sri Lanka

A blind girl is accidentally 'healed' by her best friend, and regaining sight. Though the girl believes the boy healed her, in reality it was a pure coincidence and the boy has no such powers. The father of the boy fools the village folk into believing he's a healer and takes a lot of money from naïve believers, but ultimately the sham is exposed, causing the angry villagers to revolt against the boy and his family.
Lester James Peries' first feature film, The Line of Destiny is known as the movie that broke away from Indian influence and gave Sri Lankan cinema an identity of its own. A sprawling portrait of Sri Lanka rural life of the 1950s. The cast is entirely non-professional. Comedy, drama and musical for audiences’ sheer entertainment, the movie seems more modern as ever by denunciating religious fanaticism.

More in this category: « The God of Ramen Younger Sister »
back to top