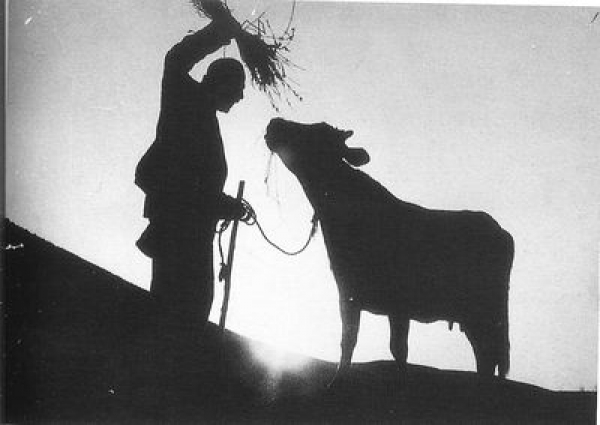 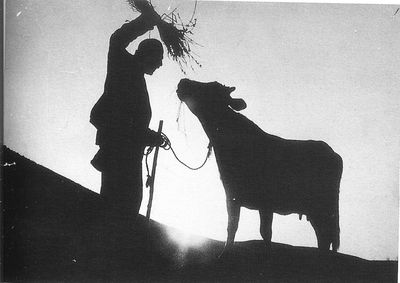 Hash Hassan lives in a poor remote village, far from bustling modern life. He considers his cow as his most precious treasure, and spoils her as though she was his own wife. A mysterious relationship links the two of them. He is scared that looters from villages in the vicinity might come and steal the object of his worship. One day, while he left the village, his cow dies. When he comes back,the inhabitants devote their energies to hide the terrible news from him and pretend the cow has disappeared. When he learns the truth, he is so shattered that he identifies with his cow. His friends decide to take him to town and get him treatment. This tale depicts the rural world with realism.
The Cow is a major work of Iranian cinema. It was the first Iranian film entering several international film festivals and got the critics award at Venise film festival in 1971. A remarkable actor contributed to this masterpiece: Ezzatollah Entezami, who won the best actor award at Chicago international film festival for his part in the film.