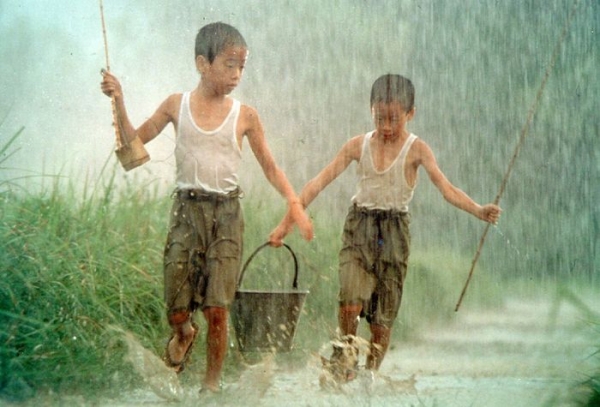 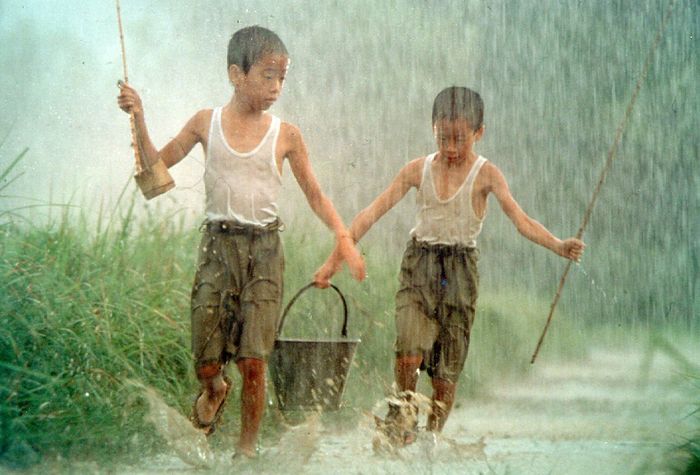 Village of my dreams

Two twin brothers, who became famous illustrators for children books, recall their childhood in the Japanese countryside in 1948, soon after the war: their drawing classes, unforgettable games of fishing, bathing in the river and all kinds of stupid things nine-year-old children like to do. They also recall the important encounters they had: a poor little girl, a ghostly boy, strange voices coming from the deep river and three old women perched on a tree.
Higoshi Y. got inspiration from Tashiima Seizo’s book ‘My Village My Paintings’. Landscapes, paths through paddy fields and rivers bring back childhood memories. “When we see a landscape in a scene that no longer exists today, it still exists in our memory… “The village of my Dreams” is for the children who will become adults, and for the adults who earlier were children. The Japanese society hasa tendency to draw a clear distinction between adults and children. I wanted to show how they are intimately connected.” Higashi Yiochi
The childhood countryside is idealized by the nostalgic memory of a Garden of Eden.

More in this category: « My Sweet Pepper Land Thatched Memories »
back to top