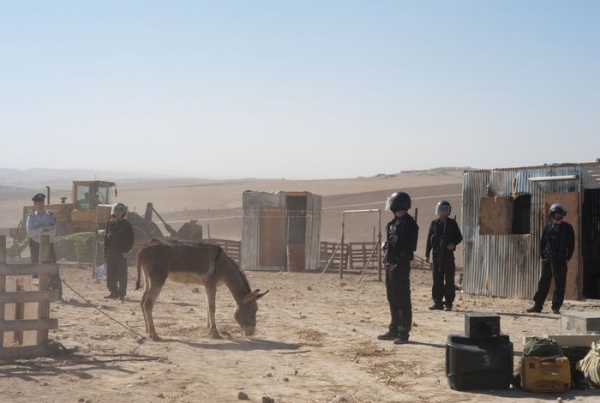 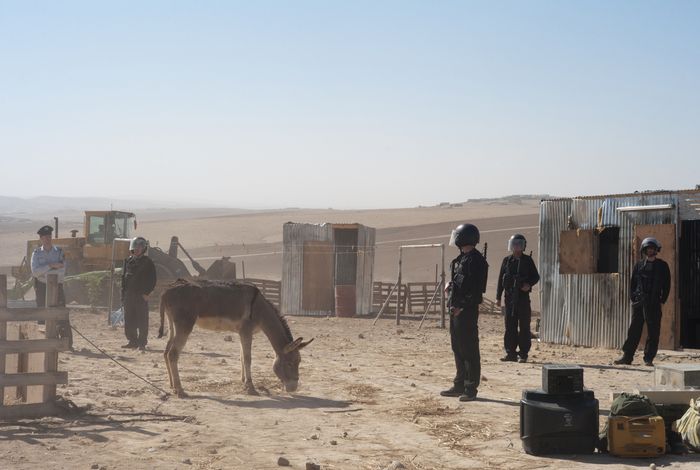 Kamel is a young Bedouin man working as a security guard in Beer-Shev’a bus station. He lives in a small illegal village lost in the middle of the desert. His brother Khaled is the village head; he works in construction and is married to twenty-one-year-old Nadia. The relationship between the two brothers is complex, Khaled does not approve of Kamel’s job. One day, while Kamel goes back home, he is told that the authorities have ordered the destruction of the village . The next day, Khaled leaves his job, he decides to stay back in the village and fight off the authorities wanting to evict them. As for Kamel, he carries on working.
Kamel’s portrayal gives the audience a chance to learn more about this silent minority living in Israel and the issues Bedouin villages from southern Israel are facing, not being recognized by the authorities. But this film mostly tells the story of a man wanting to be accepted by the society he lives in.

More in this category: « A Time in Quchi The Repast »
back to top