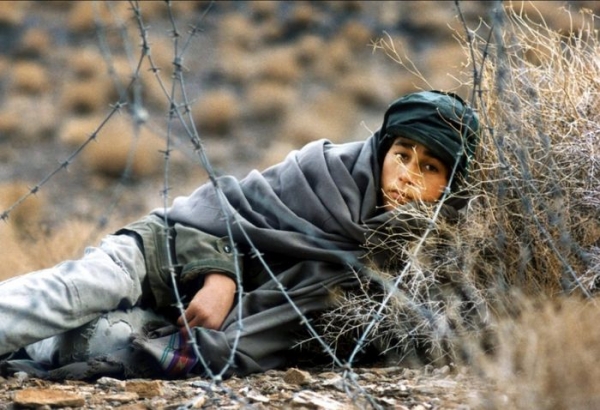 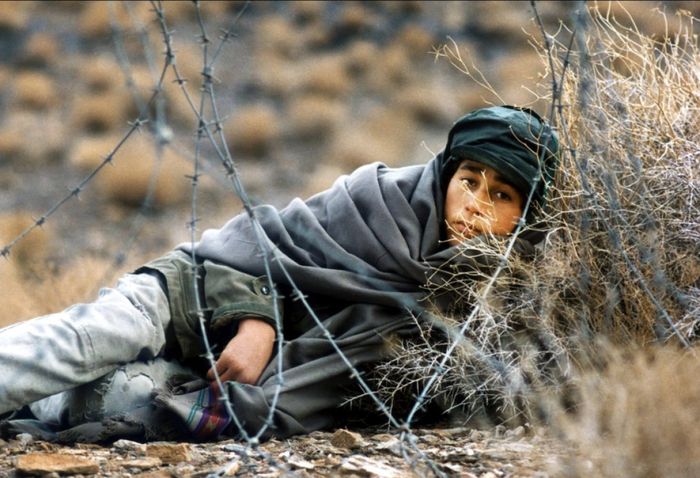 Fourteen-year-old Afghan boy Kaïm succeeds to cross the border between Afghanistan and Iran. A few kilometers away he finds shelter in place called “Delbaran”, where old Khan and his wife Khale have a truck stop. One can hear the sound of war just behind the massive mountain range. Isolated on the road side, the place is busy with all kinds of people, mainly truck drivers, small merchants and opium smokers.
The old couple welcomes Kaïm as a son. He goes shopping for them, help them in the kitchen, takes Khale to the doctor. However, patrol officer Mahadevi often stops at old Khan’s place to look for illegal Afghan immigrants. He finally discovers the identity of young refugee. The countryside becomes a hiding place.

More in this category: « Glasses Three Way Junction »
back to top