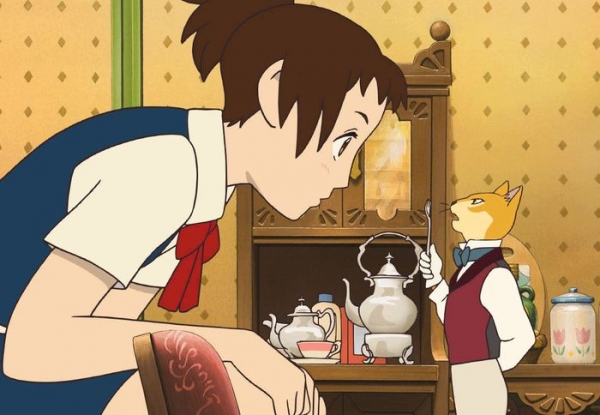 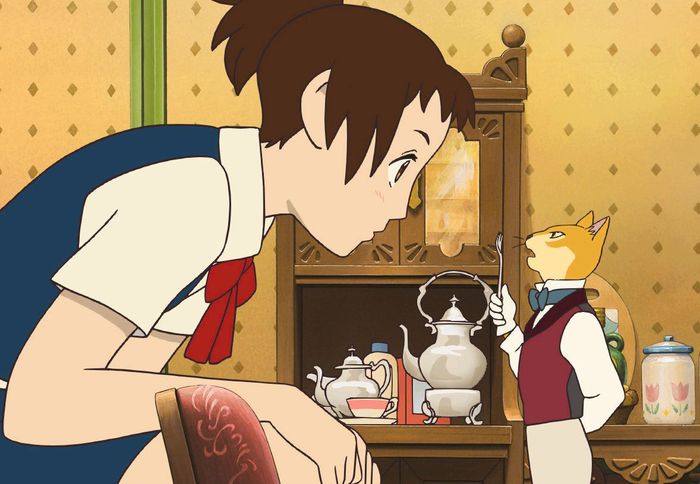 Project by Miyazaki Hayao,
based on The Cat Returns by Hiiragi Aoi

Everything seems to go wrong for young Haru on that day. She did not wake up and reached school late. Then, she got humiliated in the presence of Machida, the boy she is secretly in love with… However, on her way back home she could rescue a cat about to get run over by a lorry. In fact it is the King of the Kingdom of Cats! Now cats owe Haru a debt of gratitude. They lavish presents on her and invite her to their Kingdom. There, she will marry Prince Loon, but does she really want to do so?
During her adventures three characters become precious friends: the very smart cat Baron, the stray big tomcat Mouta and the crow Toto.
Initiated by Miazaki Hayao and directed by a young filmmaker in Ghibli studios, The Kingdom of Cats is a humanist film for young and old alike to be enjoyed by everyone.

More in this category: Tangerines »
back to top