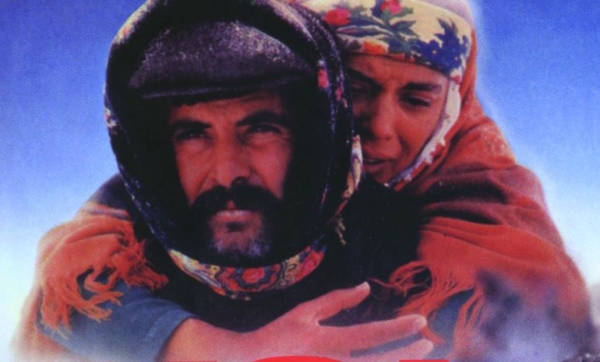 The prisoners of Turkish jails are daily subjected to insults, physical abuse, repression and hard arbitrary labor. Resignation and submission are their daily life. Finally, the administration announces that all leave cancelled are granted again. For some prisoners, their dream becomes finally true, especially for five of them on leave who think they’ll make a fresh start.
Yol endeavors to portray the human landscape in Turkey, the oppression lived by the people and particularly by the Kurdish nation, the place of women in such a society and the dreadful effects of a patriarchal moral code. The heroes in the film had so many hopes when they get out of prison! So many illusions! They thought they would forget their grief and humiliation within a week’s time. They are all the more disappointed. Under the yoke of social, economical and moral constraint, they are only puppets in the hands of a destiny which is beyond them.

More in this category: « Laila's Birthday A trip through China »
back to top