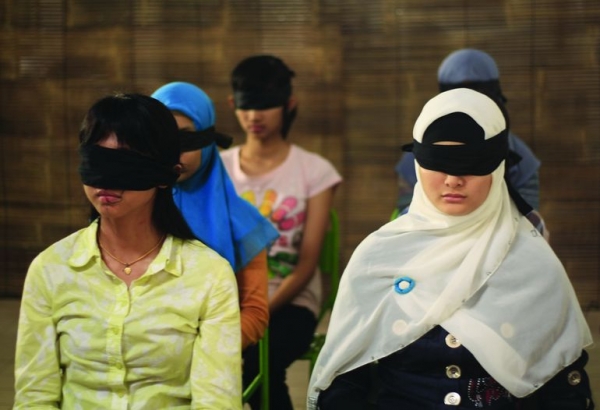 Rima is a young recruit to the Indonesian Islamist movement, the Islamic State (NII). Jabir had to leave school by lack of money and went back to his parents. He joins the movement. Asimah looks for her daughter kidnapped by the fundamentalists. Three interlocking stories illustrate the often-tragic consequences that result from the aggressive recruitment techniques of the banned Indonesian Islamic State (NII) and the powerful pull that religious radicalization has on the country's disenfranchised youth having no real plans for work and are often distraught.
Garin Nugroho made this film with a low budget, non-professional actors except for great actress Jajang C. Noer.

More in this category: « Opera Jawa Miss or Mrs? »
back to top