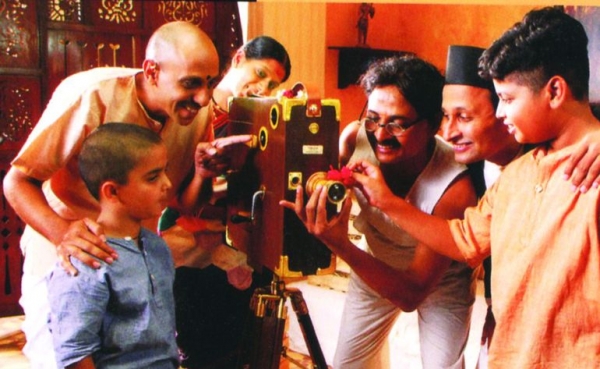 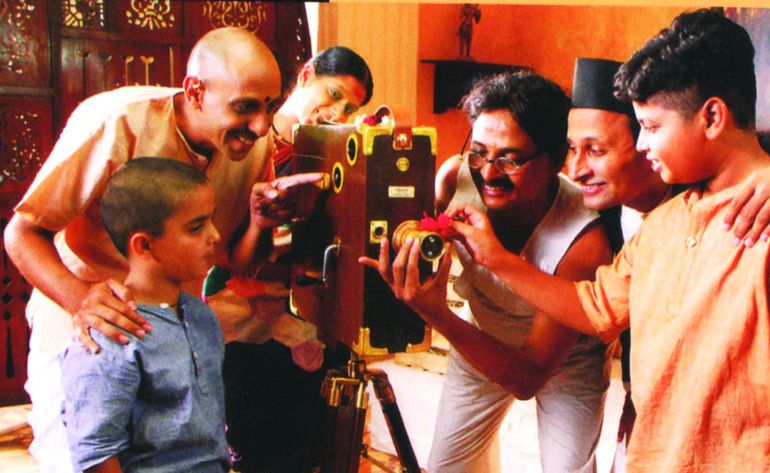 Phalke is a photograph and printer who at time also likes to do some magical tricks. In 1910 he is stunned while discovering a western silent film in one of Bombay new cinema halls. This revelation changes his whole life. Supported by his wife and children, he comes up against all kinds of obstacles to pursue his dream and make the first Indian feature, a mythological film on the adventures of King Harishchandra. He learns the techniques of filming and editing, finds the actors and builds the sets. Three years later, in 1913, the first Indian feature film is born: Raja Harishchandra. It is released and becomes a success, paving the way to many mythological films for decades and launching the great story of Indian cinema.
Written, directed and produced by Paresh Mokashi, Harischandrachi Factory recalls with sharp and fine precision the times and circumstances of the adventurous first Indian feature film while also making us appreciate the humor and charming personality of Dadasaheb Phalke.

More in this category: « 11 Flowers Shanghai Dreams »
back to top