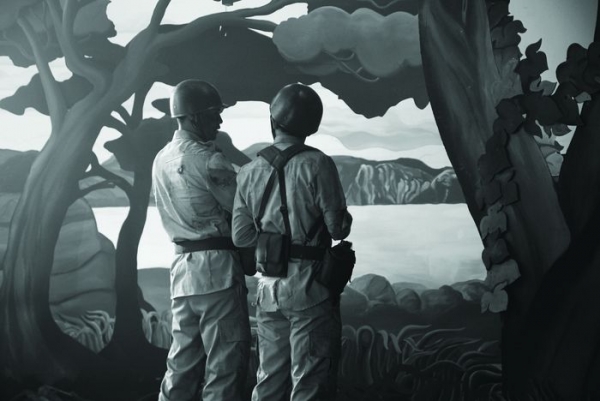 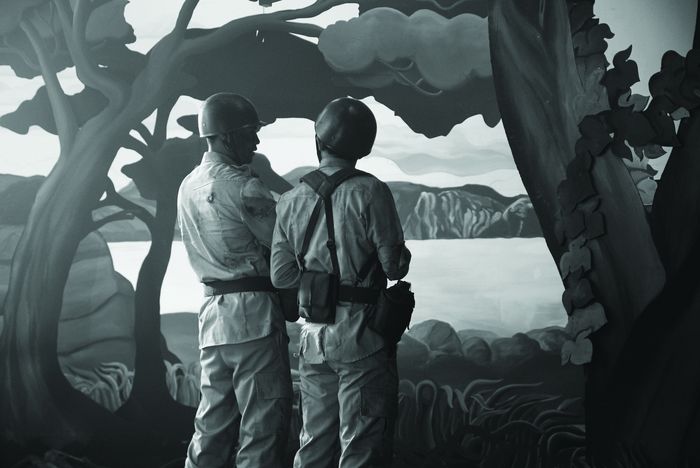 We are in Philippines in 1942. After the Bataan battle, thousands of Filipino and American soldiers are forced to march to Camp O’Donnell under a scorching sun, stricken by epidemics, hunger and bad treatments inflicted by the Japanese troops. At the heart of this nightmare, Miguel is horrified when he hears corpses of soldiers speaking to him. Alex is the victim of hallucinations and has doubts about his mental health. Roy takes care of his injured American captain and tries to keep him alive. As for Hatori, he seems more and more on the brink of reality, thinking he is in turn an angel, a soldier, a guard and a civil.
Adolfo Alix J. chose to shoot his film in a studio with pasteboard décor and plastic sheets, and in black and white.
“When I was young, my grand-father often told me stories about the Second World War and Bataan death march. I was fascinated and deeply moved by these stories and by these soldiers struggling to survive such real ordeal.

More in this category: « The Other Bank The President's Last Bang »
back to top