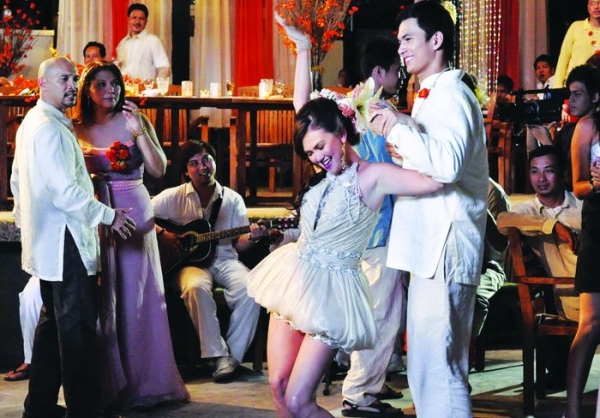 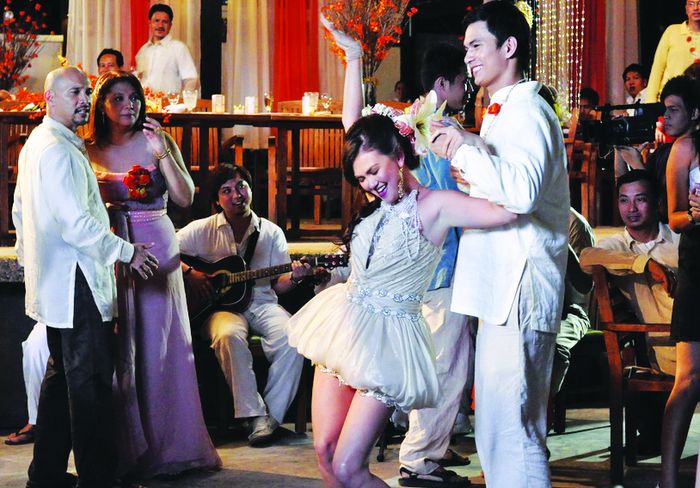 On the road to Rizal, at the place called Magnetic Hill, while a solar eclipse just started five people heading for a wedding are implied in a car accident: prude bride Stéphanie about to marry Harold, enthusiastic lawyer Precy who is the bride’s witness, Stéphanie’s devoted nanny Medlhy, her grand-father Ben who is a real charmer, and eccentric fashion designer Toffee. They are amazed when they realize their spirits moved into other bodies. Their only chance to become themselves again is to reconstruct their accident during the next solar eclipse, which will take place in two years. In the meanwhile they have no other option than to live the way it is, which is far from being easy.
Chris Martinez’s film Here Comes the Bride is a hilarious comedy which was a huge success in Philippines, in which the actors and above all the actresses’ talent played a major part.

More in this category: « 7 Minutes in Heaven Utopia in the Making »
back to top