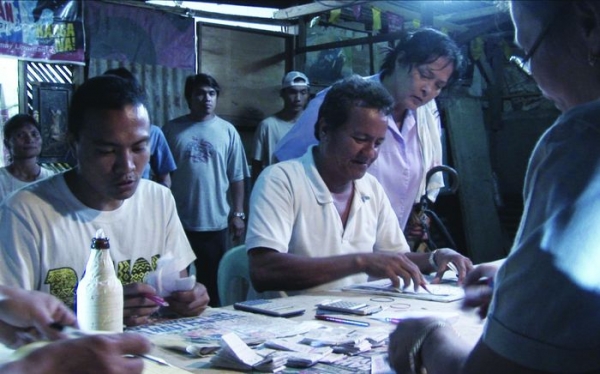 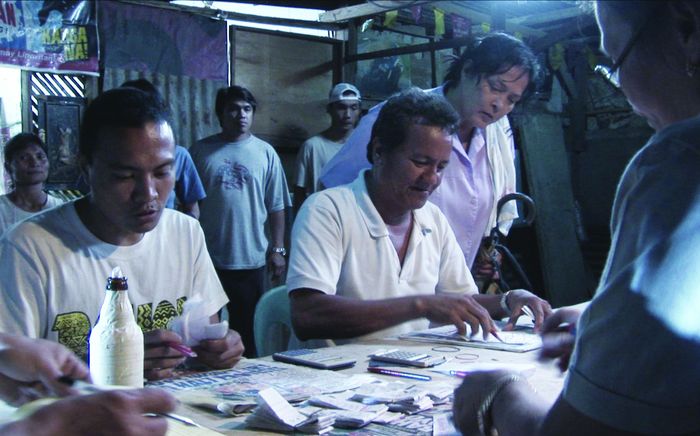 Amelita, or Amy, earns her life by a bet collector. Though repression on these illegal bets increased, she carries on the job she has made for 20 years going all over poor areas where she collects money from her faithful clients. Her husband, who is also getting old, tries to help by running a small shop. All her big children left home. Her elder daughter works abroad as a maid servant; her second daughter, always pregnant, lives with her in-laws. Her young son Eric recently died in combat, in the Mindanao Island. Though she was arrested by the police and later released, she carries on her illegal activity. While the audience follows Amy in her daily quest, it is the whole life of a poor area in Manila which is discovered, with its joy and sorrow, and its fear of the future.
Jeffrey Jeturian gives an attaching portrayal of a woman who already suffered a lot in her life, especially when her young son died, and who, despite her old age, needs to keep on fighting for a living all in all quite ordinary.

More in this category: « Life on the Tracks Paradise now »
back to top