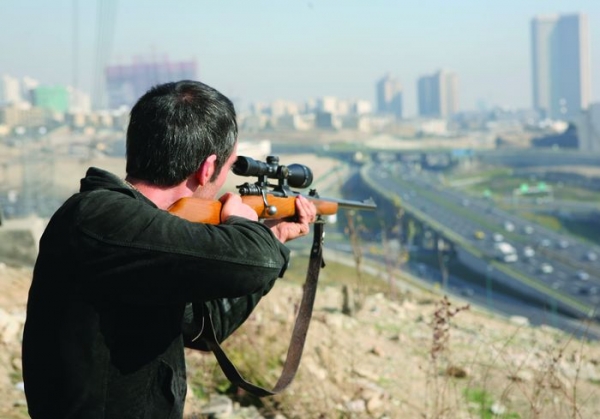 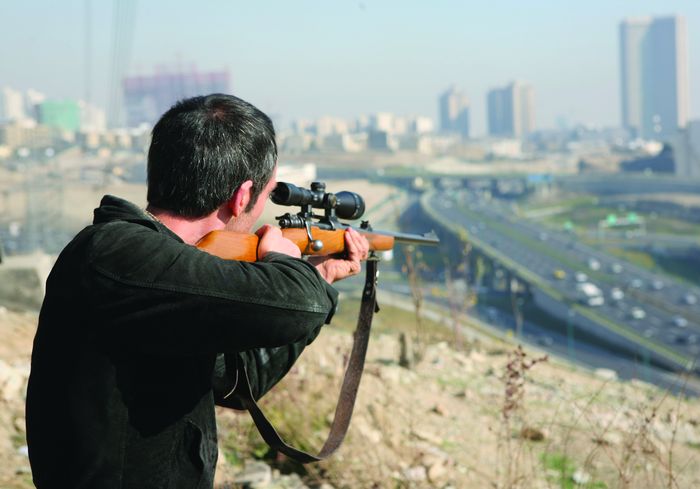 We are in Teheran in 2009. Ali works as a night watchman in an assembly plant in Teheran. Recently released from jail, he lives with his wife Sara and their daughter Saba. With his working hours, Ali cannot see his family much and he suffers from the situation. Unfortunately his employers refuse to change his hours. One day, Ali comes back home and finds the apartment empty. He panics and calls the police. At the police station no one seems to be able to help him. After an unbearable wait, Ali is told Sara was killed by a bullet during a riot between the police and demonstrators. As for Saba, she is not found…Taciturn and silent Ali has nothing to lose anymore. He goes to hunting an unknown elusive enemy hidden in the heart of the city, as well as within himself.
With his film The Hunter shot in difficult conditions during a turbulent period in Iran, Rafi Pitts gives no clue and raises many questions without answering any.

More in this category: « The Fall of Otrar The Touch »
back to top