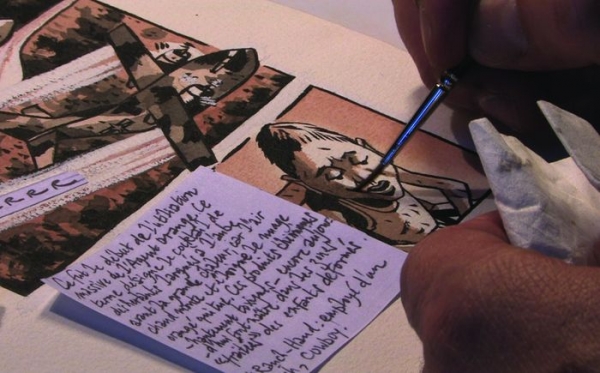 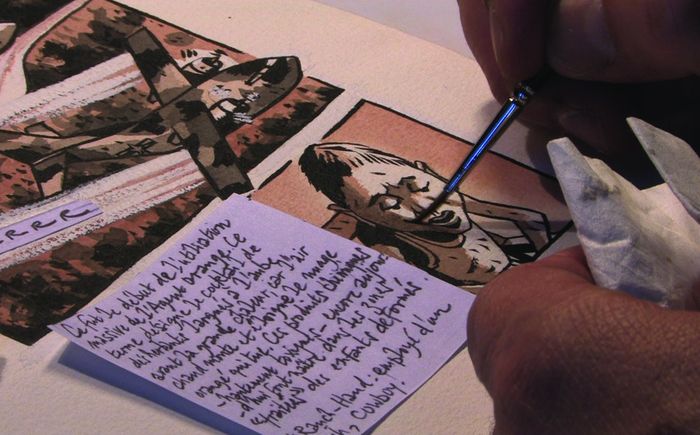 Marie-Christine Courtès follows writer-cum-illustrator Marcelino Truong throughout the making of his graphic novel ‘Such a Pretty Little War-Saigon 1961-1963’ where he recalls his childhood in Saigon. In 1961, four-year-old boy Marcelino Truong discovers Saigon. His father, a Vietnamese diplomat married to a French woman, has just been appointed director of the South Vietnam press agency. Being from a catholic family, he also becomes the favorite translator of President Ngô Dinh Diêm who firmly rules over the new Republic of Vietnam (South Vietnam), allied to the United States for the fight J.F. Kennedy named “The Red Tide”.
Fifty years later, Marcelino Truong exploring the past comes back to the places where he spent his childhood, questioning witnesses and participants of a civil war which split Vietnamese people. Beautiful images are filled with emotion when Marcelino Truong hears the confessions of a whole generation subjected to ordeals and choices worthy of a tragedy by Racine.

More in this category: « Breaking Ice When the Tenth month comes »
back to top