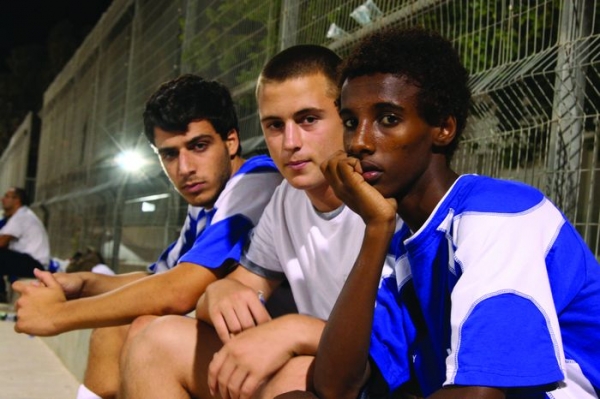 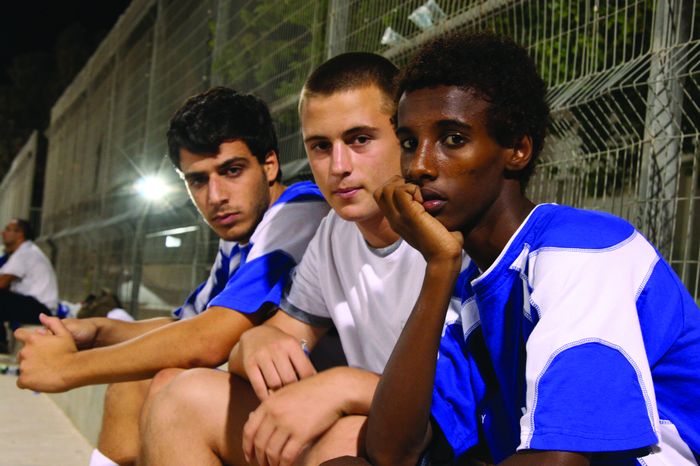 We are in Beer Sheva, in the south of Israel. Shlomi, Adiel and Dima are three adolescents of all faiths living in the poorest area of the city. They are the Israeli cosmopolitan youth bound to grow and live together, surrounded by unemployment, religious clichés and pervading violence. Shlomi is of North African extraction and works as a pizza delivery boy. Adiel is an Ethopian brought up in the religious tradition of his country. Dima has just come from Russia. For each of them their ife is locked up within their communitarian group. Their first meeting occurs when they are selected to play for the Football Youth Cup at Vasermil, the mythical stadium of the city.
“The encounter with the contemporary reality of marginalized young people –in social and geographical terms- made me assess differences but mainly similarities between their lives today and how I spent my childhood in the same place during the seventies. It is the same multicultural environment, precocious loss of innocence, economical reality and absence of hope which drove me to write ‘An Israeli Youth”. Mushon Salmona.

More in this category: « Mainline Cruel Story of youth »
back to top