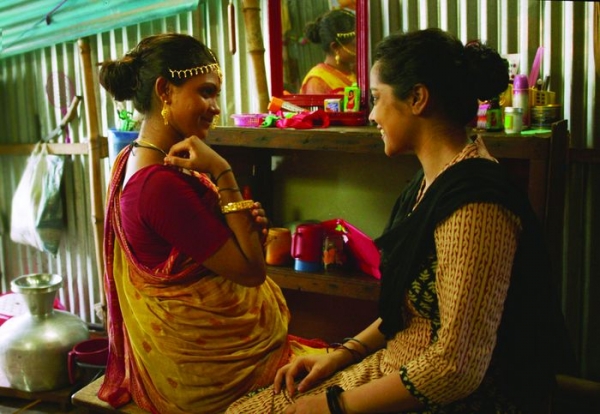 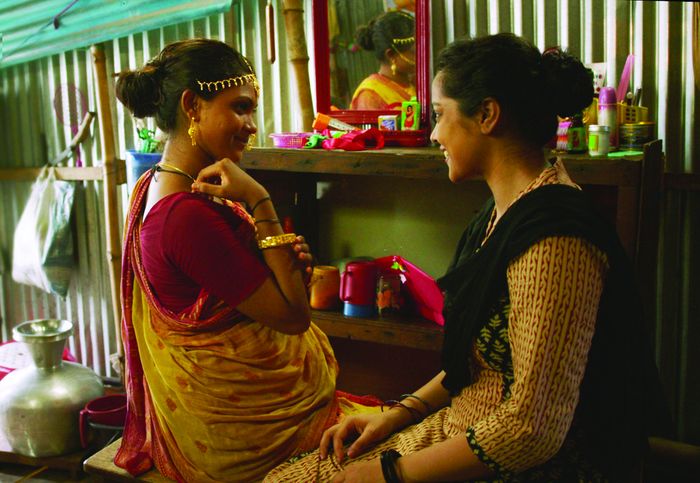 Roya, a modern middle-class Muslim woman struggles to find herself in the sprawl of urban Bangladesh. After being replaced by a younger actor for the character of ‘Nandini’—the epitome of Bengali womanhood, the central character of Rabindranath Tagore’s political play ‘Red Oleanders;’ she delves into a psychological journey and battles to reconstruct ‘Nandini,’ reclaiming her identity and sexuality in the process. As she sets the play in a modern day ready-made garment factories in Dhaka; her journey to establish her individuality as a middle class woman is juxtaposed with the journey of her teenage housemaid Moyna, who later joins the industrial workforce.

“Dhaka as a city is going from the rural to urban, and visually one won't find a single road in Dhaka where a building is not being constructed. As the city is literally and figuratively under construction so are its citizens, especially the women living there.” Rubayat Hossain.

More in this category: « Back to the North The Old Garden »
back to top