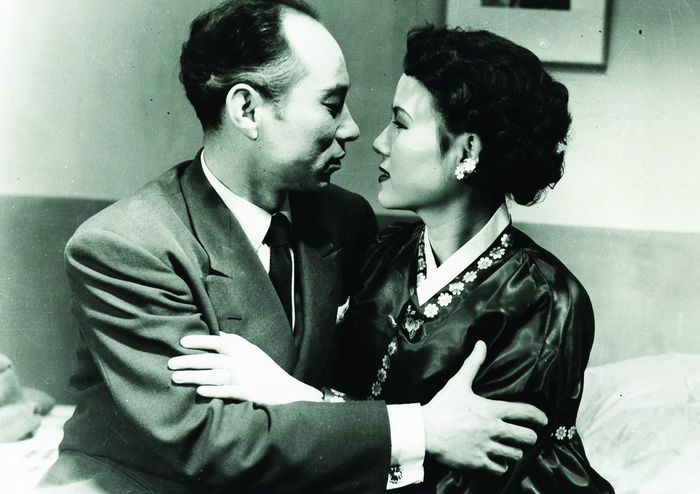 With support of KOFA & the Korean Cultural Center of Paris

Oh Seon-Yeong accepts a job as a cosmetics store manager to supplement her husband's small income as a professor. Their next door neighbor frequently professes his attraction to her, and she allows him to teach her dancing and introduce her to alcohol. Her boss' husband also begins a flirtation with her which escalates to the point of being found by his wife as they are about to consummate their “dating.” Meanwhile, Madam Oh’s husband faces a strong attraction to a pretty woman in a grammar class he teaches for secretaries...

During its release, Jeong Bi-seok's popular serial novel Madame Freedom has been considered “the most controversial film in Korean cinematic history, which made sensational waves throughout postliberation society by portraying the transgressive sexuality of a college professor's wife and her advancement into the public.

More in this category: « The Wrestlers A Promise »
back to top