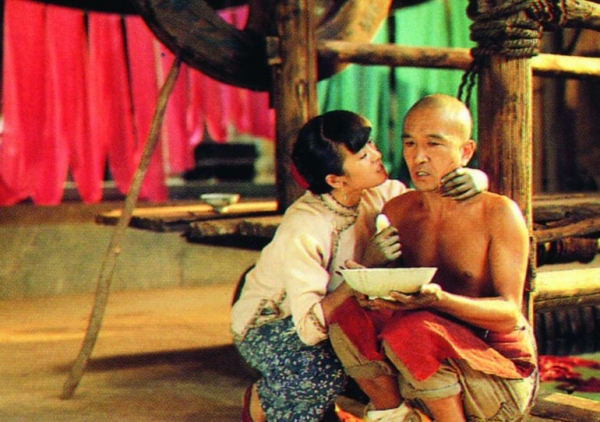 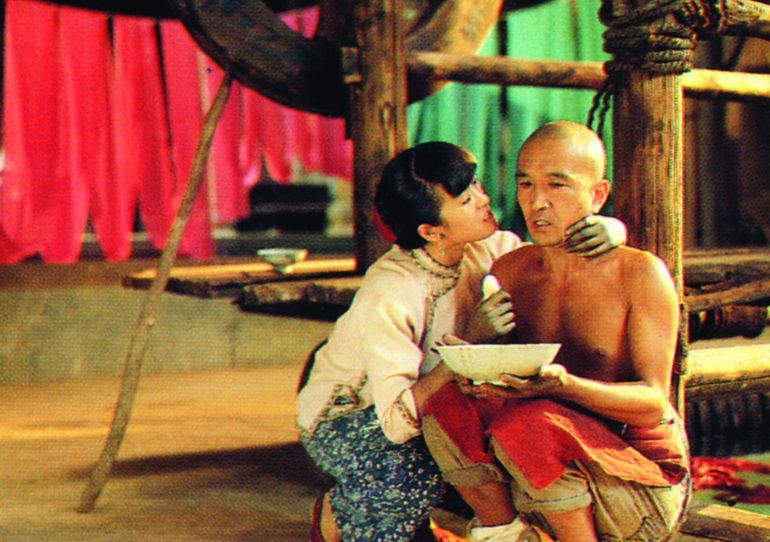 In rural China during the twenties, the landowner of a dry cleaner’s is a grasping man in his sixties, sexually impotent, who ‘buys’ his young wife Ju Dou and tortures her to have a son. His nephew Tianquing, who employed by the dry cleaner’s, falls in love with Ju Dou and from this union a son comes, whom the old man takes for his own. When he is paralyzed he discovers his wife’s adultery and tries to kill the young man…
“I wanted to depict a portrayal fully symbolizing the Chinese traditional woman. One can still find women similar to my heroine in China today. Forced marriage still happen and many women are illiterate. This film is a cry of protest against ancestral traditions leading to detention. Ju Dou tries to escape her life of bondage and taboos from social, cultural and mental points of view.” Zhang Yimou (1990)

More in this category: « Scream of the Ants Sex and philosophy »
back to top