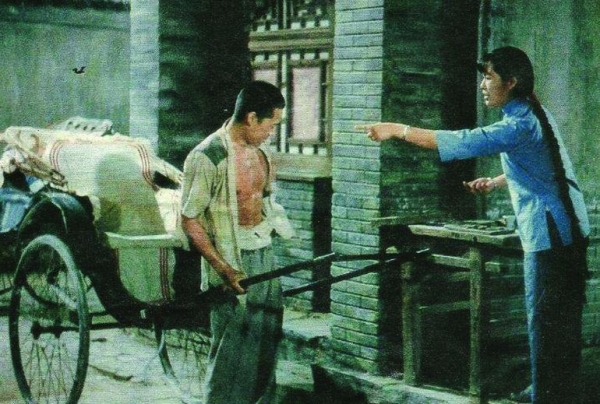 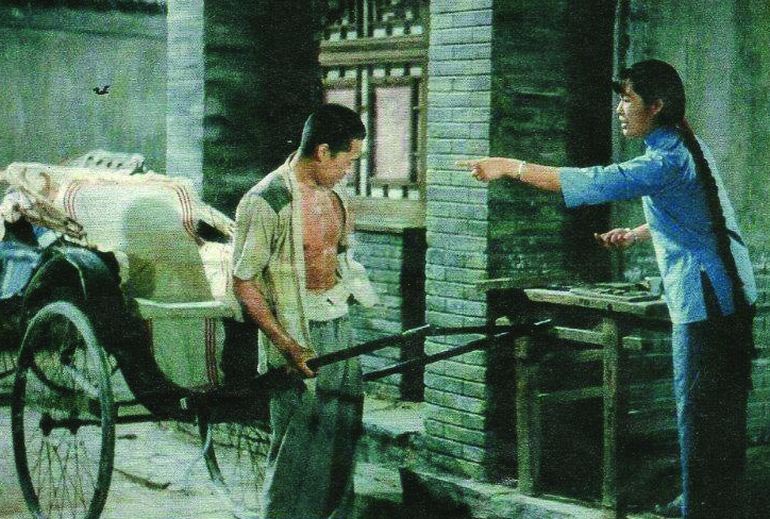 Script.: Ling Zifeng adapted from a novel by Lao She

Xiangzi is a country athletic young man who left his place hoping to get a better life. He is highly motivated by his work of rickshaw puller and hopes he will one day own his rickshaw by working hard. He meets Tigress who forces him to marry her. But she dies while giving birth soon after their wedding. He falls in love with Little Fou-Tse. Her father sells her to a brothel where she dies. Little Fou-Tse’s death kills Xiangzi’s soul... The young man faces one disillusion after another, and every time fate turns against him he sinks even deeper. He is mercilessly crushed by a society deprived of pity and humanity.
Adapted from Lao She’s novel Rickshaw Boy depicts Chinese society in the twenties and thirties, a society cankered by people trying to become rich at all costs.
The film was awarded the prize of best film by the Ministry of Culture in 1982 and was also awarded at third Golden Rooster film festival where it got the prizes of best film, best actress and best props.

More in this category: « Fist of the North Star: New Saviour Legend The Monk »
back to top